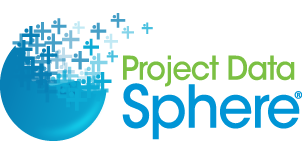 A Randomized, Double-Blind, Multicenter Study of Denosumab Compared With Zoledronic Acid (Zometa®) in the Treatment of Bone Metastases in Subjects with Advanced Breast Cancer

A Randomized, Double-Blind, Multicenter Study of Denosumab Compared With Zoledronic Acid (Zometa®) in the Treatment of Bone Metastases in Subjects with Advanced Breast Cancer

Bone complications associated with cancer arise from increased bone resorption and include bone pain, pathologic bone fractures, nerve compression, and hypercalcemia. Accumulating evidence suggests that most pathologic bone resorption relies on the RANK/RANKL pathway, which regulates the differentiation, survival, and activation of osteoclasts. Another key component of RANK/RANKL pathway is OPG, an endogenous decoy receptor that binds and neutralizes RANKL. The antiresorptive property of OPG has been demonstrated in murine models of hypercalcemia of malignancy and metastatic bone destruction. According to recent findings, it appears that maximum anti-resorptive effects due to RANKL-RANK pathway inhibition are more pronounced than those due to bisphosphonates.

These datasets are analysis datasets that bear some resemblance to CDISC ADaM standards. These datasets has been subsetted to include data from only the comparator arm of this clinical trial.

Outcomes documented in the protocol